Job Creation Bill Gets Albertans Back to Work

Finance Minister Travis Toews has tabled legislation keeping a promise to reduce Alberta’s corporate tax rate by a third over the next four years. 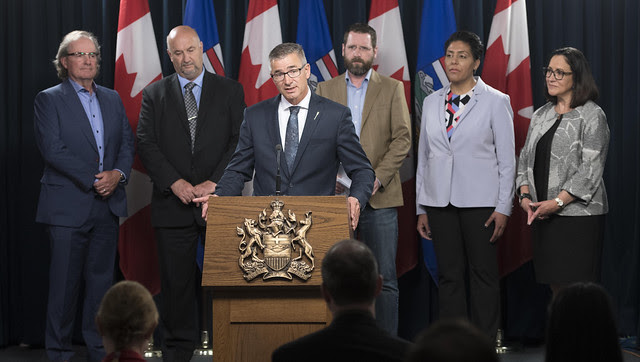 If passed, Bill 3, the Job Creation Tax Cut (Alberta Corporate Tax Amendment) Act, would reduce Alberta’s corporate tax rate from 12 per cent to 11 per cent on July 1, 2019. At that point, Alberta would have the lowest rate in Canada. The corporate tax rate would then fall another percentage point on Jan. 1, 2020, and continue to drop by one percentage point on the first day of each year until 2022, when it would reach 8.0 per cent.

“By reducing the tax burden on job creators by two points in the next seven months, we are telling job creators they can make their plans now to benefit from lower taxes. We are proud to be taking bold action to show the world Alberta is open for business and reverse the flow of investment and jobs south of the border.”

The proposed legislation would renew Alberta’s standing as the most tax-competitive business jurisdiction in Canada within months and would place it among the most attractive investment destinations in North America within a few years.

“Alberta’s unemployment rate is among the highest in the country. It’s time to make common-sense decisions to help correct the course of our economy. The Job Creation Tax Cut will spur investment, ignite the economy and get Alberta working again.”

“Reductions to business taxes are a huge victory for taxpayers. Albertans are struggling through a tough economy, and heavy tax burdens hold them back and make life harder. By lowering business taxes, this government is giving Albertans a chance to get back on their feet and get ahead.”

Leading economist Jack Mintz estimates the changes will help create at least 55,000 additional jobs in the province, while Bev Dahlby at the University of Calgary projects the tax reduction will boost Alberta’s GDP by nearly $13 billion.

If passed, this legislation would maintain the small business tax rate at its current, competitive level of 2.0 per cent.