“Red tape is time consuming, stressful and ultimately undermines the relationship between government and citizens,” says Richard Truscott, Vice-President, B.C. and Alberta. “Today’s announcement indicates the provincial government is ready to roll their sleeves up, get to work, and tackle the issue of excessive regulation in Alberta,” adds Truscott.

Each year since 2011, CFIB has been grading the provinces on regulatory accountability during its annual Red Tape Awareness Week (RTAW). The grade is awarded based on three categories: strong political leadership, comprehensive public measurement, and a clear constraints on government rules. Following a string of bad grades ranging between ‘F’ to ‘D+’, today’s announcement puts Alberta one step closer to a much higher grade in 2020. 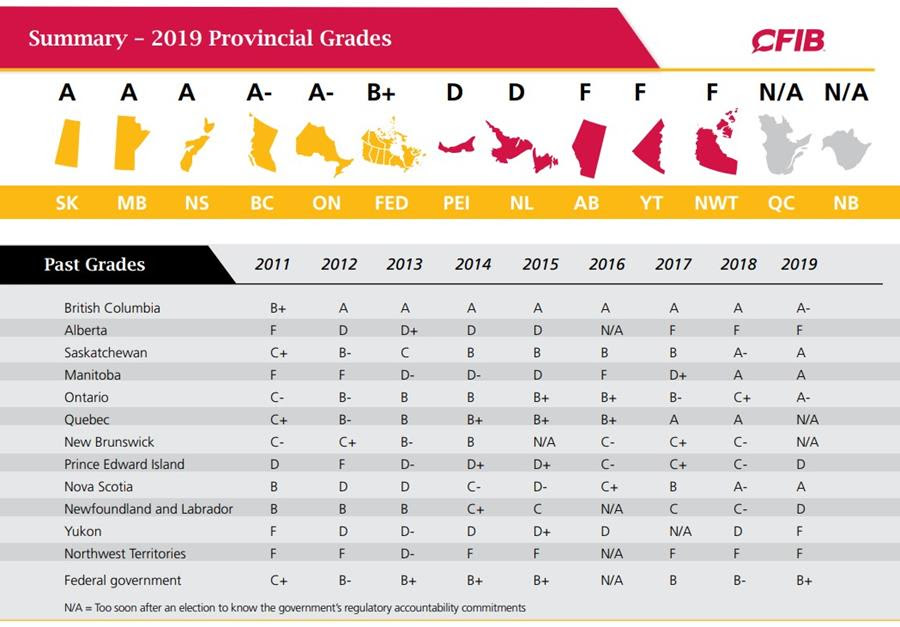 About CFIB
The Canadian Federation of Independent Business (CFIB) is Canada’s largest association of small and medium-sized businesses with 110,000 members across every industry and region, including 10,000 in Alberta. CFIB is dedicated to increasing business owners’ chances of success by driving policy change at all levels of government, providing expert advice and tools, and negotiating exclusive savings. Learn more at cfib.ca. You can also follow CFIB Alberta on Twitter @cfibAB.